Where Does Your Brand Stand on Gay Rights and Gun Control? 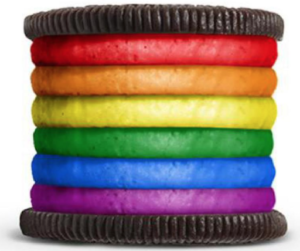 In 2013, when the Supreme Court heard arguments concerning the legalization of gay marriage, major brands including: Oreo, Starbucks, Absolute Vodka, Levi’s and Bud Light risked customer isolation and backlash to come out in support of marriage equality. Many of these brands received positive PR acclaim and earned a piece of the $1.7 trillion LGBT community. Other companies, like Chick-fil-A, took a different approach … do you remember that PR fiasco?

In April 2016, after the passage of HB 2 in North Carolina, Target confirmed a store-wide policy allowing transgender individuals to use the bathroom aligned with their gender identity.

“Inclusivity is a core belief at Target,” the company proclaimed. “Everyone deserves to feel like they belong. And you’ll always be accepted, respected and welcomed at Target.”

The impact? Sales fell nearly 6% in the three quarters after the decision compared with the same period the previous year, and same-store sales have dropped every quarter since controversy began.

This year, in the wake of the Parkland shooting, Dick’s Sporting Goods, the world’s largest sporting goods retailer, chose to stop selling assault-style rifles and high-capacity magazines. They also chose to not sell any gun to anyone under the age of 21 … regardless of local laws. Time will tell how this stance effects their business.

How would you define your bank or credit union’s Corporate Social Responsibility?

America has evolved into a country where the brands we chose to do business with reflect who we are as people. That is the power of branding!

In our national climate, it is getting hard to separate anything from politics. Even if you chose to stay neutral, you can be sucked in.  Here are two examples from MarketMatch staffers at their former institutions.

Locally, when Dayton, Ohio teachers voted to strike and went to Bank One to open an account for the striking teachers, the bank found itself in a dilemma between doing business versus the optics of supporting a volatile political cause.

You need to get out ahead of politics and be ready.

Your Brand Makes It Easier

Your corporate brand is your company’s personality. A well, defined brand will detail your values. It will define personal attributes and describe what your company would be like as a person. That said, a sound brand will make your decision easier when faced with a potentially controversial decision. Simply ask, if the company was a person, what would they do?

If you stay true to who you are, you can always justify your actions and you will never go wrong.

See “If You Were A … (A Fun Branding Exercise)” in my free e-book, Aha Moments

You Can’t Please Everyone

I’ve written many times that we cannot please everyone. In fact, if you have just 15-20% market share, you’ll be at the tops in your market, so there’s no need to please everyone.

In my book, Aha Moments, I wrote:

“You need to focus, you need to determine who in your market(s) you are attracting now and who you WANT to attract. You need to understand your best customers and what makes them the best. Then learn everything you can about them.

When you can tell a story about your customer: where they live, where they work, what they do for fun, what drives them, what they fear, what they care about … then you can start making strategic decisions on your product suite, pricing, branching, tech investments, your website and your marketing message.”

You can also help make decisions on whether to support a cause, not support it, or stay silent.

Call it “Social Consciousness.” Call it “Corporate Social Responsibility.” Whatever you call it, it can have a huge impact on your bottom line.

What it comes down to is Reputation Management.  What is the risk and reward to your reputation.

Target supports marriage equality, they get rewarded. When Chick-fil-A’s CEO comes out against it, he gets fried.

But there’s a line.  Target can support marriage equality without negative impact, but not transgender bathroom issues.

Your corporate social responsibility may surely have a short-term impact to your bottom line, but it will absolutely have a long-term impact on your reputation.